LEAN Thinking – What’s it all about? 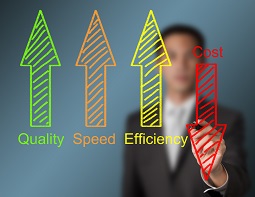 The ideas behind lean thinking were originally developed in Toyota’s manufacturing operations, known as the Toyota Production System, and spread through its supply base in the 1970’s, and its distribution and sales operations in the 1980’s.

The term was popularised in the seminal book The Machine that Changed the World (Womack, Jones & Roos, 1990), which illustrated, for the first time, the significant performance gap between the Japanese and western automotive industries. It described the key elements accounting for this superior performance as lean production – ‘lean’ because Japanese business methods used less of everything.  >> Read More